The Scottish White Rose has long been a symbol of Scottish Independence and the rightful place of Scotland in the British Isles. Today, it still acts as a powerful symbol for many Scots. Wear a "White Rose" both for its own beauty and as an enduring symbol of Scottish freedom and nationalism. These are still worn today in the Scottish Assembly.

HISTORY OF THE JACOBITE WHITE ROSE 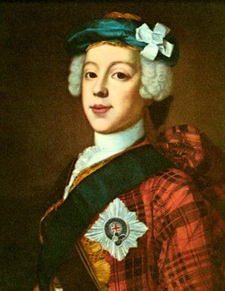 The Scottish White Rose has long been a symbol of Scottish Independence and the rightful place of Scotland in the British Isles. Today, it still acts as a powerful symbol for many Scots.
"Bonnie Prince Charlie", born James Francis Edward Stuart was born on 10th June 1688 (24th June NS), the Summer Solstice, the longest day of the year, when the white rose is traditionally said to flower. It became a symbolic representation of James himself and thus Scotland.
The origin of the White Cockade, as a Jacobite symbol, was born in Fassifern Scotland. History recounts that Prince Charles Edward stayed overnight en route from Glenfinnan to Invergarry Castle on August 23rd 1745 at Fassfern House on the shore of Loch Eil, then home to John Cameron, younger brother of Lochiel. His 1500 followers and his Clan Ranald bodyguard stayed close by.
As he departed Fassfern House, "Bonnie Prince Charlie" plucked a white rose from a nearby bush and attached it to his blue bonnet thus becoming the famous White Cockade, the emblem of the Jacobite's of the '45. It is not known how many of his followers also took a bloom, but the white rose immediately became the symbol of Jacobite support and continues thus to this day. To the right is a rose bush in front o Fassfern House in Scotland.

Jacobitism was (and, to a limited extent, remains) the political movement dedicated to the restoration of the Stuart Kings to the thrones of England, Scotland, and Ireland. The movement took its name from the Latin form Jacobus of the name of King James II and VII. Among the modern Jacobite, or legitimist, societies perhaps the most important is the "Order of the White Rose," which has a branch in Canada and the United States. In Scotland, the Jacobite cause became entangled in the last throes of the warrior Clan system, and became a lasting romantic memory of the power of Scotland. White Rose Day is celebrated on 10 June, the anniversary of the birth of the Old Pretender in 1688. The National Museums of Scotland also hold the White Cockade in linen of Robert Strange which he wore in 1745 to demonstrate his loyalty to the Stuarts. Jacobite traditions also lingered among the great families of the Scottish Highlands. The romantic side of Jacobitism was stimulated by Sir Walter Scott's Waverley, and many Jacobite poems were written during the 19th century including some by Robert Burns.
It is also interesting to note that the New England colonial militias at the time of the American Revolution played a tune called the "The White Cockade" on the fife and drum as they confronted the British at Concord's North Bridge in 1775. A bold taunt of defiance to the British!
Wear a "White Rose" both for its own beauty and as an enduring symbol of Scottish freedom and nationalism. These are still worn today in the Scottish Assembly.