The Bagpipe is one of the most ancient instruments in the world, its history spans back to the beginnings of civilization. Contrary to some people's belief, the Bagpipes were not first heard in Scotland.

No one knows for certain where the history of the Bagpipe began. It is thought that the first Pipe came from ancient Egypt, which had just a single drone and a chanter. It is inconclusive when the pipes were first on Scottish shores. In some format, they were played at Bannockburn in 1314 to urge the clans to victory, but not in the form we know them today. It is probable that a single drone was used up until the 1500's when a second drone was added, and then the third drone appeared around the 1700's, giving us the bagpipe as we know them today.

The first written reference of the Great Pipes is in 1623, a piper from Perth was prosecuted for playing on the Sabbath. There is a painting dating back to 1733 of the Laird of Grant's Piper. Various towns throughout Scotland hired Bagpipers to play. In 1486 Edinburgh had a band consisting of three pipers, any household who declined to billet these "City Musicians" in rotation was liable to be fined nine pence in accordance with a town council decree.

The Highlanders were the ones to develop the Pipes into the instrument it is now and to make it the National instrument of Scotland in peace and war. All the chiefs of the Highland Clans employed pipers. They were considered a very important part of their
establishments. The music of the Pipes spurred the troops on to many a victory. They were used in many great battles.

The playing of the Bagpipe was banned in Scotland after the uprising of 1745. They were classified as an instrument of war by the Loyalist government. They were kept alive in secret. Anyone caught carrying pipes were punished, the same as any man that bore
arms for Bonnie Prince Charlie. In 1746, in York, James Reid, a piper who bore no arms against the English king was tried for treason. The court came to the conclusion "no highland regiment ever marched without a piper and therefore his bagpipes in the eyes of
the law, was an instrument of warfare" He suffered death on the 6th November 1746.

After the ban was lifted, Highland Bagpipe playing really began to emerge. They became very popular with Scottish soldiers who carried the instrument the world over making the sound of the instrument more popular and encouraging others to learn. This has helped the
sound of the pipes to survive and to ensure that wherever you travel in the world, where there is a Scottish presence, you can be sure to hear the sound of the great Highland Bagpipes. 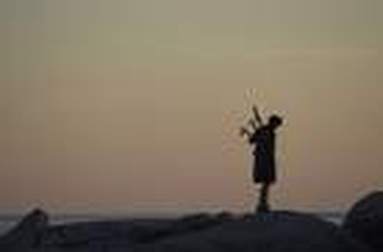